Neymar Jr has been carving out a mythic status of his own in the absence of Lionel Messi.

The Brazilian stepped out on the field against Villarreal wearing the captain’s sleeve and walked off with a brace. He drew first blood, and then finished the game with an unbelievable goal that he sets up himself with the initial break away pass to Luis Suarez.

The 23 year old has been stunning for Barcelona and he says that it’s all part of the plan,

“I thought about the move [that led to his second goal] in advance and it came off.”

“I’m happy with my contribution to the team but I think I can improve even more,” he added. “Together with my teammates, we have to keep growing. We played really well, we created a lot of chances throughout the game.”

This in a nutshell is what makes Neymar the La Liga top scorer with 11 goals. He’s got the imagination, inventiveness, and confidence to not only think of this play, but to then take a shot. Part of what makes Neymar such a dangerous forward is that if he thinks he can score he won’t hesitate to go for it. 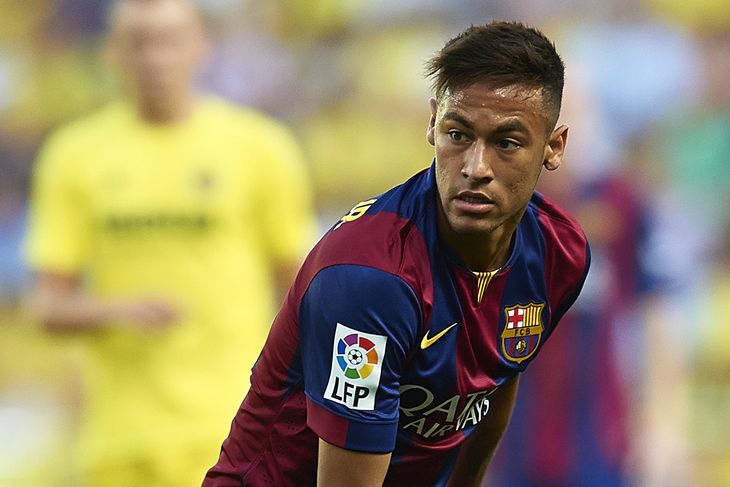 The question that needs to be asked now is, will Neymar settle for a supporting role when Messi returns? And what will Barcelona be willing to do about it if he isn’t?

There are quite a few Premier League teams that would empty their bank accounts to put Neymar at the tip of their attacking spear.