Less than a week into his new role as manager for Real Madrid and people are pouring out of the woodwork to voice their opinion of the Zidane’s appointment–and they aren’t all good.

Ottmar Hitzfeld, former manager for Bayern Munich is baffled by Real’s choice in such an inexperienced manager.

“He is a manager without any experience. He only lives from his famous name as a player.”

“He hasn’t proved anything as a manager yet and now he has to deal with the best players in the world.”

Hitzfeld wasn’t the only one to comment on the legendary moniker that threatens to crush Zidane under its own weight. The midfielder was an icon at Real Madrid and is loved for what he brought to Santiago Bernabeu, but his 2006 World Cup coach Raymond Domenech warns of the changing dynamics from player to manager,

“Zidane is a myth. A myth capable of setting off emotions in people, and not only positive ones.”

“From now on, Zidane will be judged on his results. If he’s a champion, his legend will reinforce itself.

“But if that’s not the case, it will be another story. [Former Chelsea manager Jose] Mourinho was a god too and we see what’s happened to him. Sport is ruthless.”

Not everyone thinks that Real Madrid have botched their choice though, Roberto Carlos, who played with Zidane at Madrid, believes that Zidane will be able to connect with the players better than Benitez ever could,

“The players did not understand Benitez. With Zidane, I am certain Madrid will play better.”

“It’s the best decision from Florentino Perez. Zidane is not a coach, but he is a teacher.”

Other pillars of support include PSG manager Laurent Blanc who helped capture the World Cup trophy for France in 1998 with Zidane. The boss believes that Zidane will rise to the occassion.

“This was a great player. He is pre-determined to not do things like others and what I like is that it he has been given the means to become a coach,” Blanc said.

“His first club is Real Madrid, it’s beautiful. As I said, it’s extraordinary and I wish him success.”

Maybe the most interesting person to throw his hat in the ring was Luis Enrique.

As soon as the appointment was made the media wanted to know if there was any bad blood between the two over a clash in el clasico during 2002/2003.

But Enrique says he has no recollection of it, and that he respects Zidane as a peer and fellow professional,

“I don’t have an opinion about him as a coach. I haven’t had the time to go over it,” he said.

“I respect him as a colleague.”

The division between the supporters leaves Zidane in a precarious position. If he succeeds where Benitez couldn’t he will further propel the magnitude of his legacy, but if he fails? He could turn his accolades into after-thoughts and his failures into career tombstones. 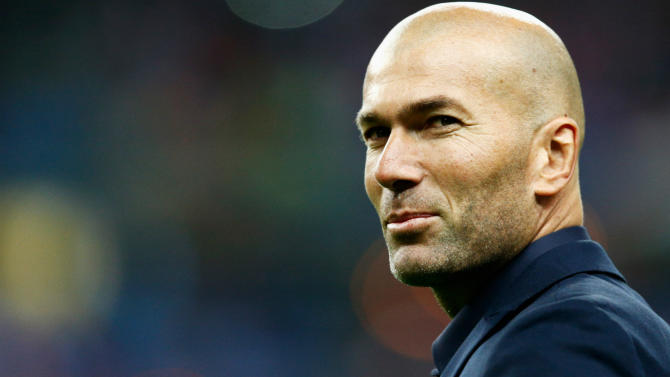 What are your thoughts on Zidane leading Los Blancos? Were you ready to see Benitez go? Do you think Zinedine is the answer? Let’s have it out in the comments.